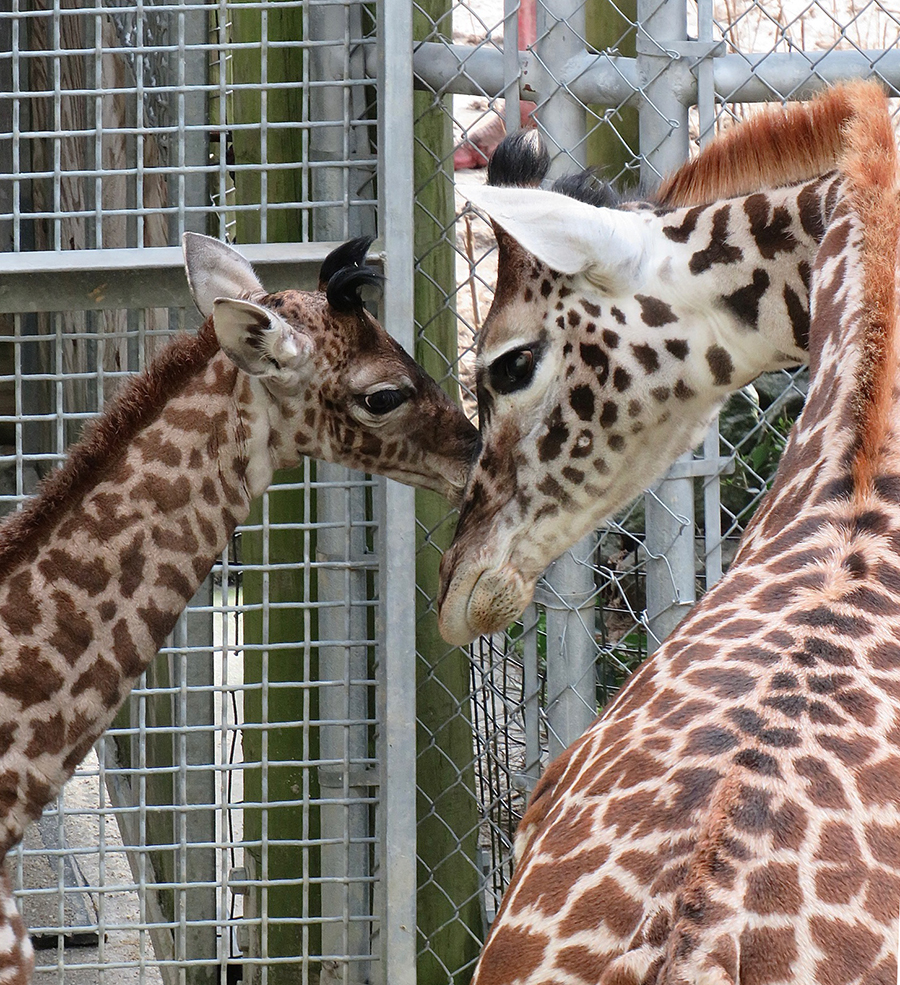 A baby giraffe was born at the Virginia Zoo on December 28, and now he needs a name! The male calf weighed in at 159 pounds and stood 5’9” when he was born. His Zoo Keepers say he is strong, adventurous and already running circles around mom, Noelle.

His Keepers have chosen five names and the Zoo wants the public to make the final decision on what the calf should be named.

Names can be voted on via the Zoo’s website for a $5 donation, or in person at the Zoo’s Gift Shop, for a donation of any amount. Funds raised from the naming contest support the Zoo’s Act for Wildlife fund. The baby’s name will be announced on Thursday, January 20 via its Facebook page.

Voting at the Virginia Zoo will be available January 15-17 from 10 am to 4 pm at the Gift Shop. Due to the low temperatures, Noelle and her calf are not yet on exhibit, but can be viewed from inside the giraffe and rhino barn throughout the day.

ALL DONATIONS SUPPORT THE  ZOO’S ACT FOR WILDLIFE CONSERVATION FUND.

*Please note: Due to medical documents and record keeping, duplicate names at the Zoo are prevented at all measures. Names must not contain any racial, religious or ethnic slurs, explicit language, obscene content, reference to alcohol, drugs or other illicit substances or otherwise unlawful, inappropriate, objectionable, or offensive content. All names subject to approval by the Virginia Zoo.